Parley for the oceans, a creative nonprofit environmental organisation has collaborated with  international apparel brand Adidas as a part of their new Sustainability Strategy. Together they've designed a concept sneaker created from recycled fishnets and conserved plastic waste taken directly from the ocean.

The growing issue of trash in the ocean has researchers around the world looking at sustainable and scalable solutions, not only in collecting litter, but what they'll do with it once it has been collected. 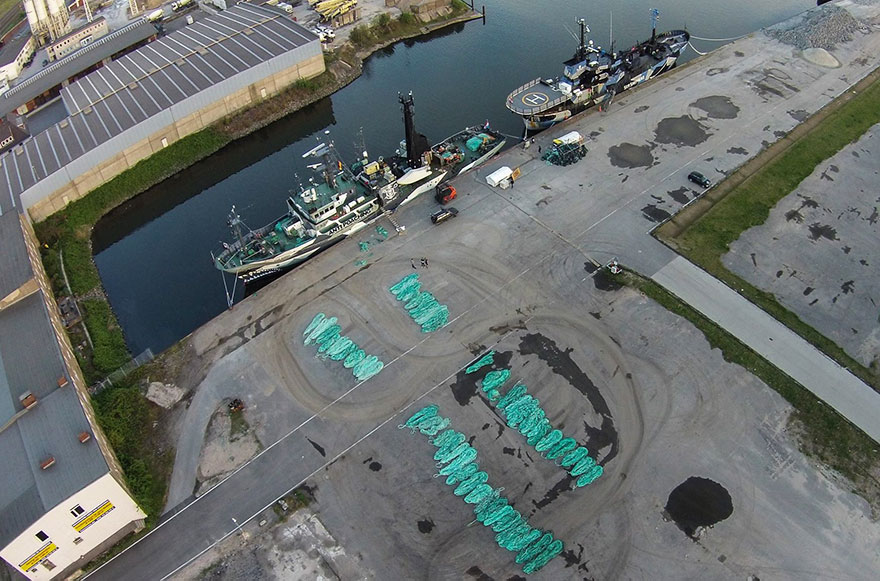 Adidas created their prototype from nets that were illegally left in the ocean, confiscated by Sea Shepard, which were acting as a physical curtain style barrier, capturing each fish that crossed its path. The illegal poachers leaving these nets were tracked for over 100 days and 72km of nets were gathered.

Adidas unfortunately says that they will have no trouble finding enough fishing net and beach trash to launch their footwear line. The shoe is woven with the same technology used in its primeknit line of footwear, which leaves no waste. The uppers will exclusively use green net fibres and recycled plastics, whilst the sole with incorporate other environmentally sustainable materials.

Adidas admits that this project alone won't clean up the oceans, however it will create a great awareness around this issue. The research market is alive with diversified concept models to assist in the efforts of the clean-up, including two Aussie boat builders who've quit their full time jobs and dedicated their lives to focus on their dream of cleaning up the ocean through The Seabin Project.