Manta Ray season is upon us! The waters are clear and warm, and these gentle giants are out in force, just in time for Manta Fest which starts in two weeks time. What better way to celebrate these majestic ocean dwellers than by sharing some of the facts that make them so amazing. 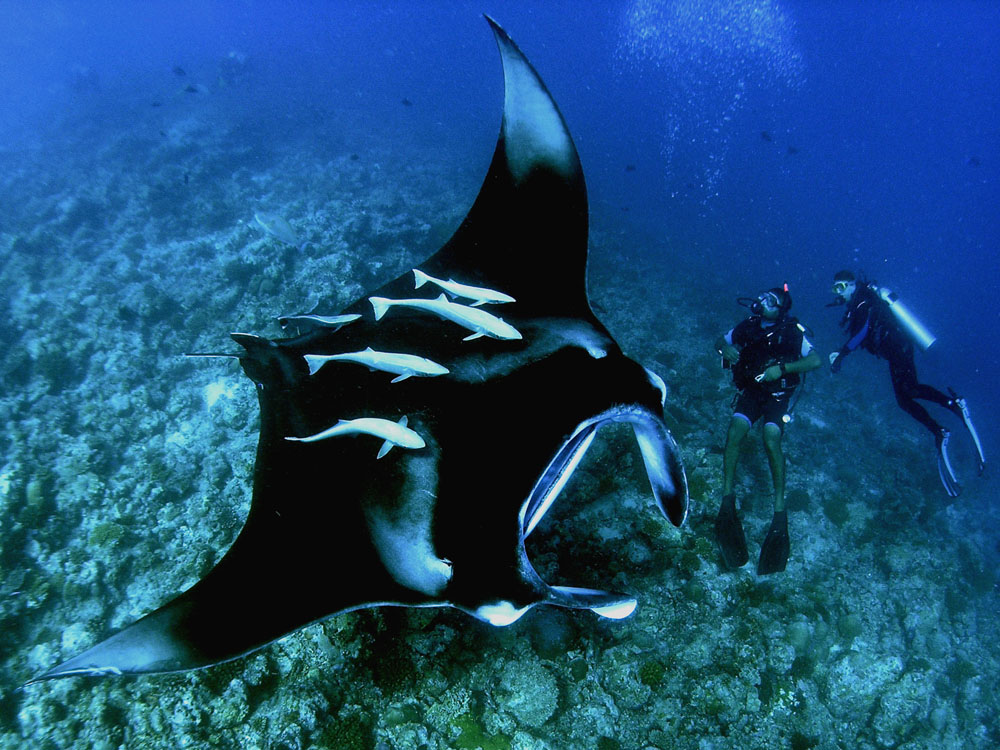 The average Manta Ray is a remarkable 3-7 metres long, weighing in at over 1000-1300kg. Because of their size, myths about Manta Rays consuming people have circulated for some time, but we're happy to report that these stories are entirely false. Manta Rays are gentle and curious giants that are able to get close to humans without harming them. While they do have many rows of small sharp teeth, these are only used as a filtering system for their diet of crustaceans, plankton and small fish. And while they do have a long tail spine, it isn't a stinger barb, despite the Manta being closely related to stingrays. Their harmlessness makes every underwater encounter with them a magical and relaxing experience. In the marine world, the Manta Ray is only surpassed in size by sharks and whales, with sharks also being a close relative. Ironically, however, sharks and Orcas are a Manta's main predators! Despite being one of the largest fish, however, it is actually one that we know least about. Groups such as PROJECT MANTA are working hard to document information on Manta Rays and further the research around these majestic ocean beauties.

We hope some of you get out diving with Manta Rays in 2014, and keep an eye out in the coming weeks for blogs about the Manta Fest and PROJECT MANTA!