Adreno staff member, Maurice, had a great dive down at Julian Rocks in Byron Bay on the weekend. Read on to find out more!

What a weekend for diving at Julian Rocks! We had over 25 meters visibility, zero current, and a comfortable 25 degree water temp which made for exceptional conditions below the surface. 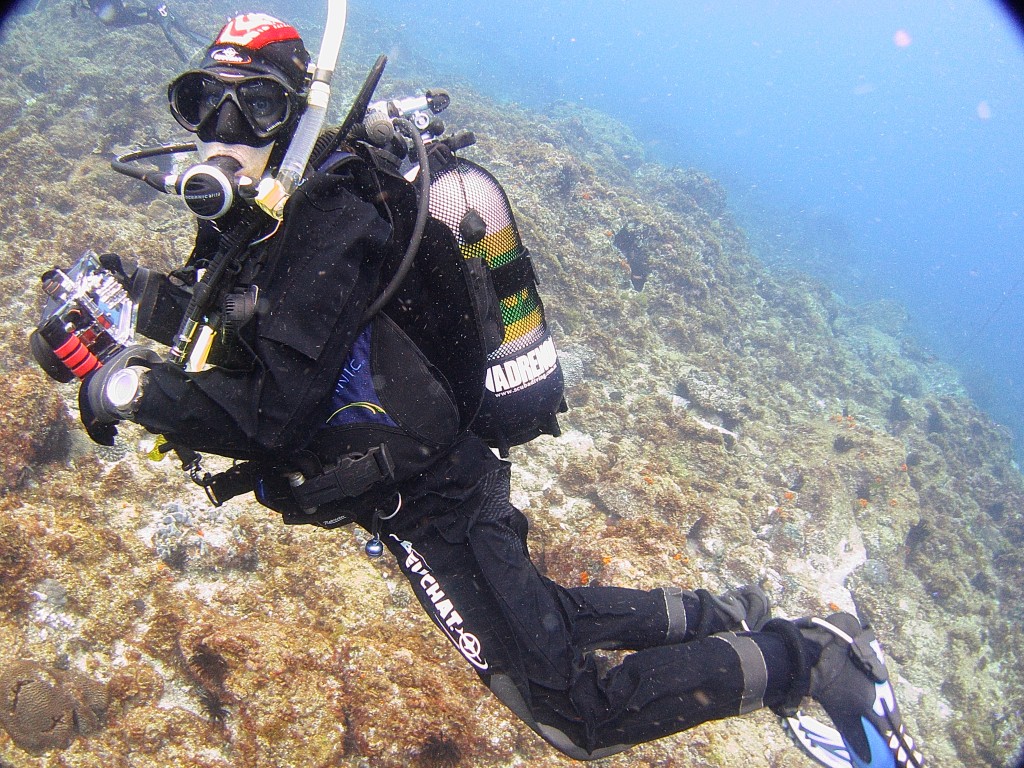 The marine life was also putting on a show. Leopard Sharks were active and everywhere! Sea Horses, Eagle Rays, Turtles, and Jew Fish were seen, and we even had a visit from a couple of Bull Sharks, but no Grey Nurse Sharks this time although they're usually a common sighting in the area.  Some of the other divers saw Manta Rays, but these sightings off Byron Bay will become less frequent as we move out of the Summer months. 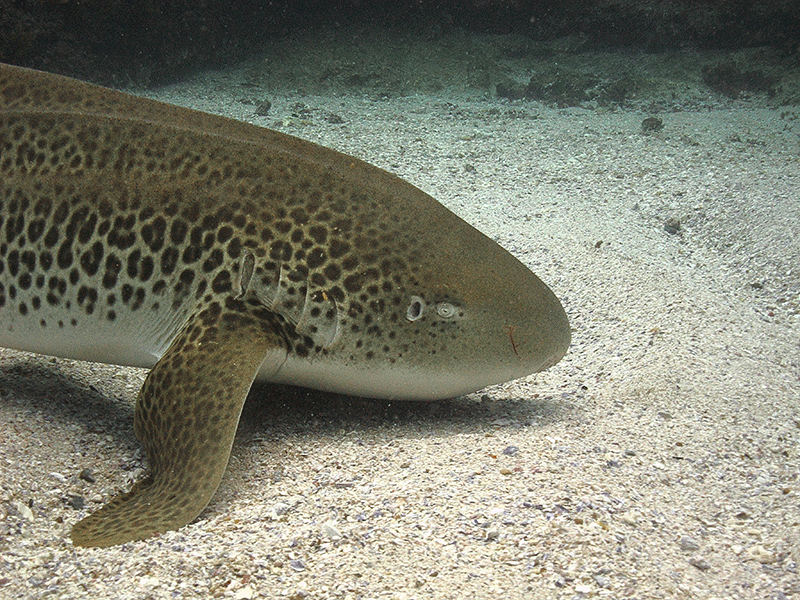 Julian Rocks is a pair of small islands just 2.5km from Byron Bay in mid-north NSW. Julian Rocks has been protected by a Marine Park which excludes all fishing and commercial exploitation for a 500m range around the rocks. This makes it a pristine location, and one of Australia's top 5 dive spots. 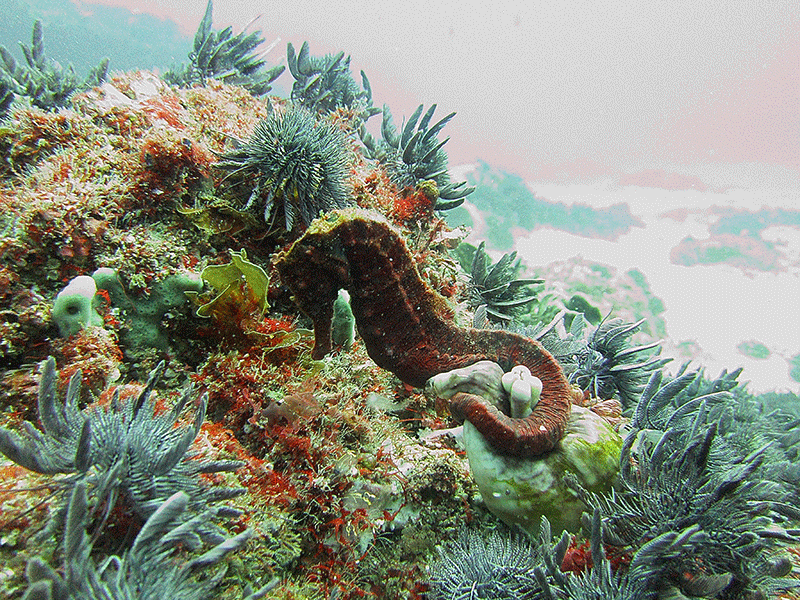 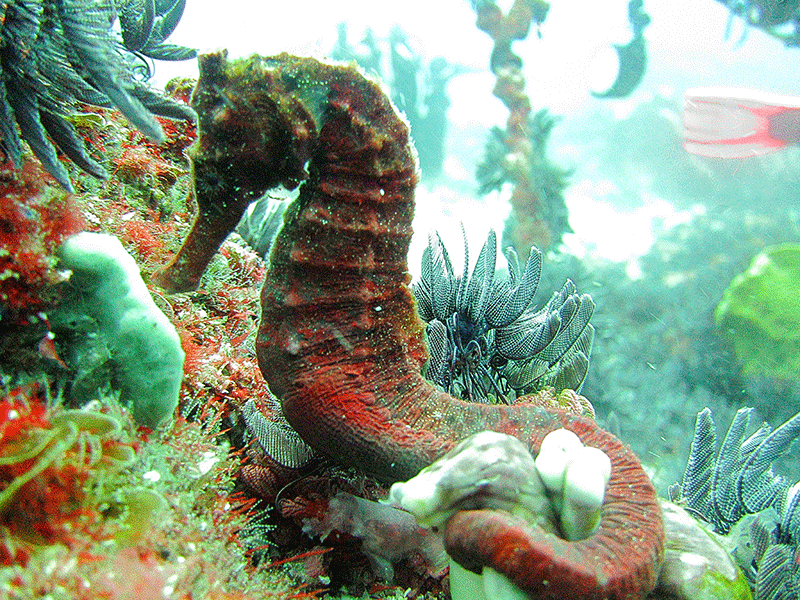 According to a story from the Bundjalung people of Australia, a jealous husband threw his spear at the canoe of his wife and her lover. The canoe broke in two and sank to the bottom of the ocean. Only the back and the front of the boat stuck out of the water.

The islands were named by Captain Cook himself when he passed through the area in 1770, naming the two main peaks after his nephew and niece, Juan and Julia. 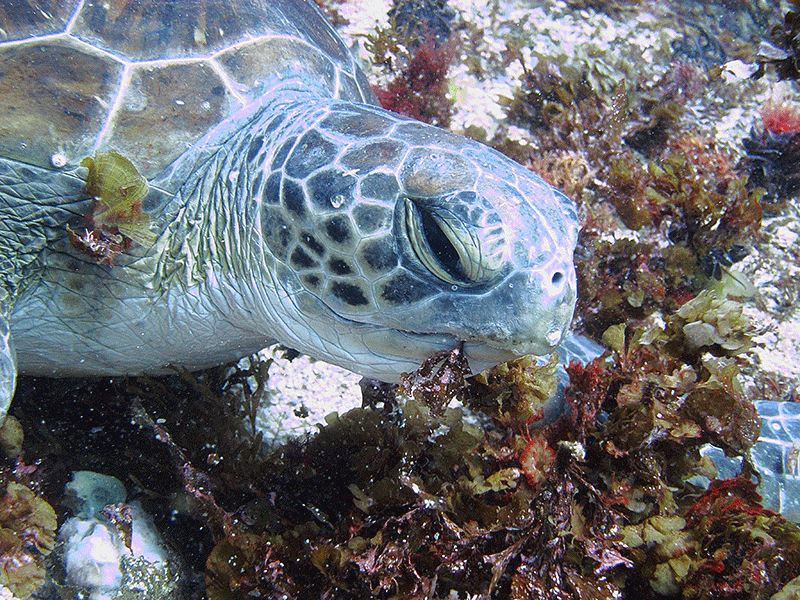 From May to September, Humpback Whales are commonly spotted traveling between the rocks and the mainland. Divers will often see whales during the boat trip to and from the rocks, so if you want to encounter these ocean giants then May to September is a great time to go. 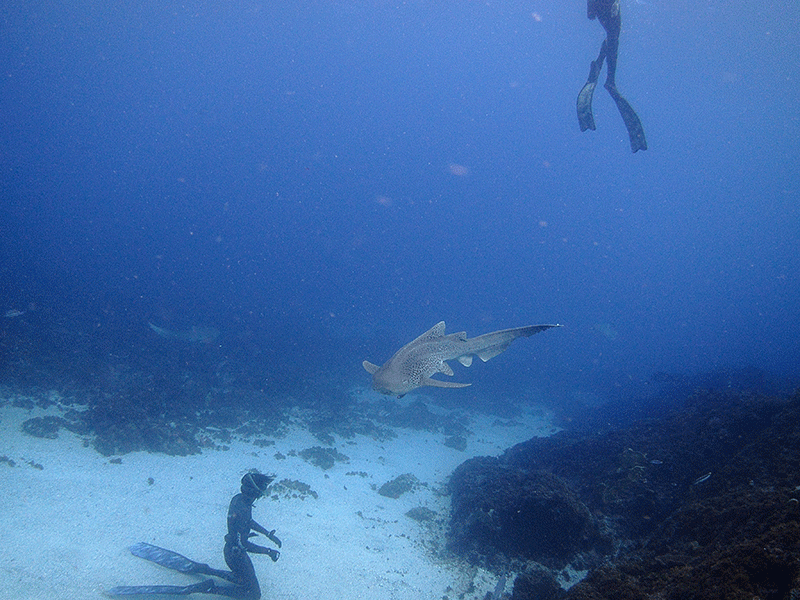 A FREEDIVER WEARING DIVER FINS ENJOYS THE FREEDOM OF BEING BELOW THE SURFACE UNRESTRICTED.

A big thank you to Blue Bay Divers for making it a memorable trip. Hopefully we'll be back down again soon! 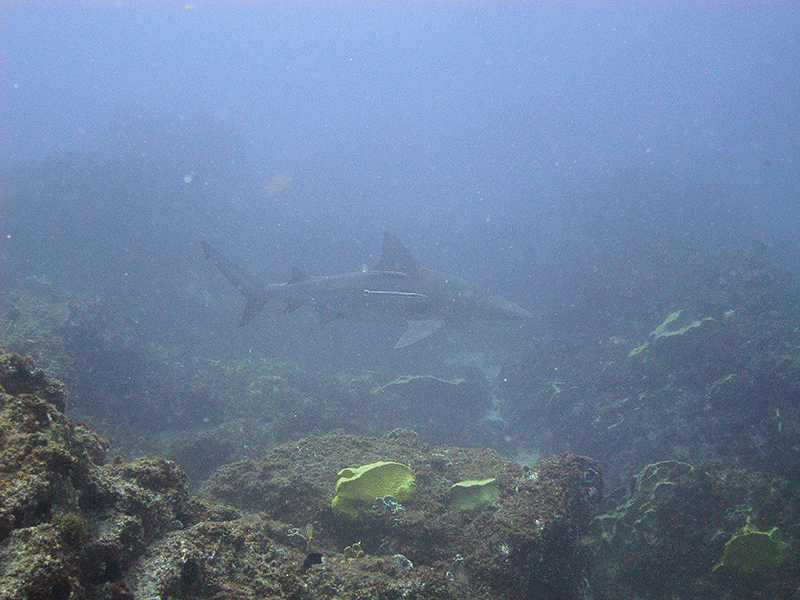 A couple of Bull Sharks came in for a look. 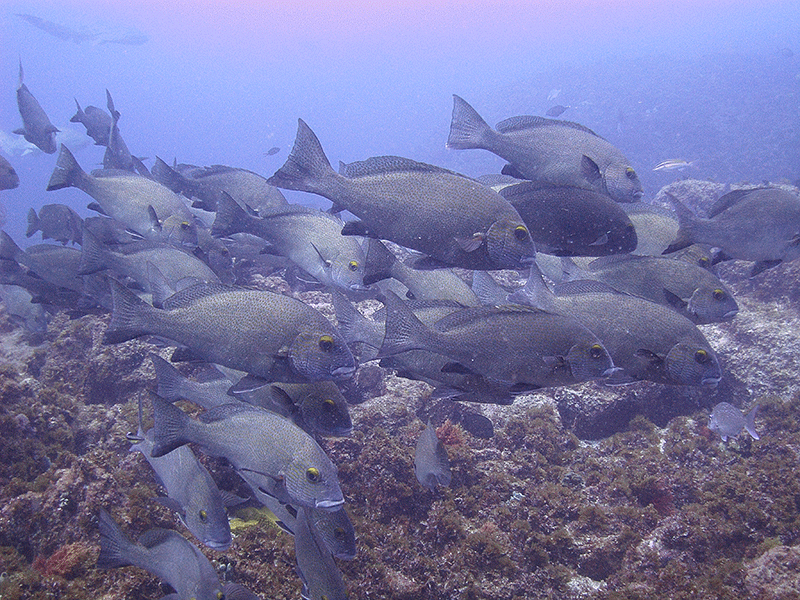 Plenty of beautiful fish life like this school of sweetlip. 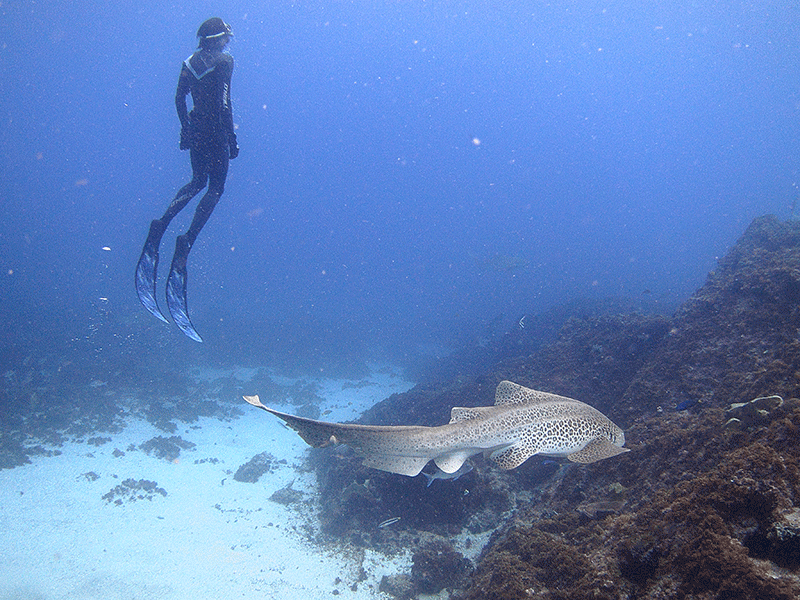