Leaving the Cleveland VMR boat ramp at top speed at 5:30 to negotiate the notorious south passage bar between Moreton Island and North Stradbroke Island, it was difficult not to be aware of how dashing a figure we would have cut, reminiscent of a group of svelte David Hasselhoffs from the halcyon days of Baywatch.

Smashing through the crystal clear water of the bar occurred without incident for the most part aside from a narrow run in with another boat making a few erratic navigational decisions in front of our vessel. Thank fully due to the ninja like reflexes of our skipper Trevor, chaos and mayhem were avoided by the narrowest of margins.

From there it was smooth sailing to Manta Bommie and thank you to the early start we were the first boat to arrive at the dive site, for what would turn out to be an epic day in the water. After gearing up quickly we found ourselves, stumbling out of the boat in our enthusiasm to get wet.

So early on in the year there was always the concern in the back of the mind that the Mantas hadn’t arrived yet; quickly descending to 10 metres and a short swim across the sand, we were immediately greeted by the familiar site of a very large Manta Ray Gracefully gliding through the water chasing the plankton streams to keep feeding and rising to the shallower depths to warm themselves in the early morning  sun.

Sitting on the bottom camera in hand it was hard to remember to take photos as the sheer majesty and grace of these beautiful creatures was absolutely captivating. While putting all of our focus on the first large female it was easy to forget to look around and realise there were about 7 of them swimming around us.

Due to the inquisitive nature of Manta Rays they didn’t disappoint coming in to eyeball us closely twisting and turning in the pristine water. The visibility was in the 15-20 metre range so it made spotting a giant Manta Ray less than challenging.

After having the site to ourselves for almost an hour we saw an anchor line drop into the water we knew this heralded the end of our dive the site was about to be crowded with other divers. 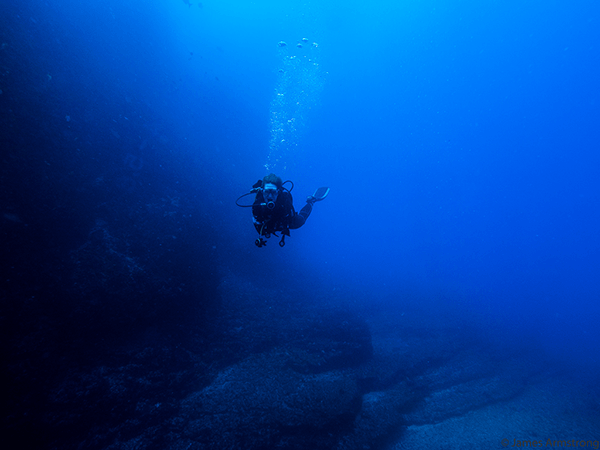 To avoid the crowds of other dive groups from the boats that had moored up during our dive, the decision to check out some dive sites and avoid the crowds was made easy. Making the short journey out to Flat Rock turned out to be a stellar decision with the visibility here making the already great conditions at Manta Bommie look like a swamp.

The bottom was clearly visible from 30+ metres on the surface. While not as much impressive marine life, were still greeted by a Giant Qld Groper, Eagle Rays, Barracuda and a myriad of other fishes in gin clear water with no current. It also proved to be a perfect spot for two of our group to hone their freediving skills. 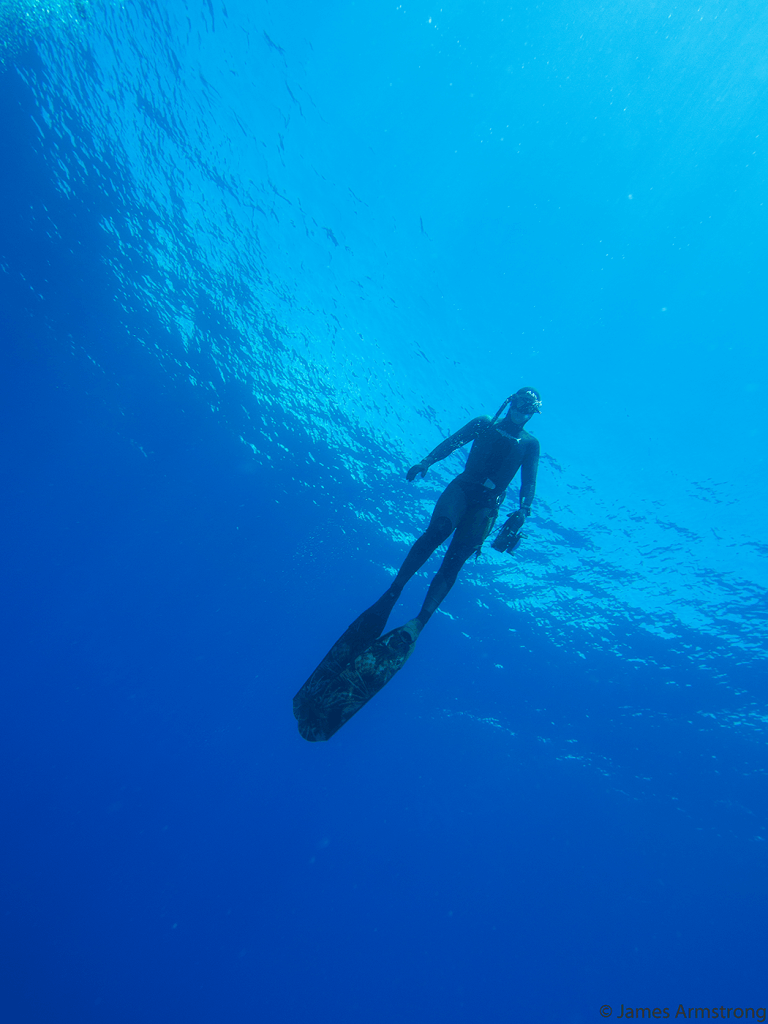 This led to a run in with a couple of edgy sharks towards the end of their time in the water. But like all experienced watermen, Trevor and Taylor handled themselves with aplomb and even managed to pose for some photos in between.

The third dive of the day on the advice of the freedivers in the boat was recommended that we Scuba dive Boat rock. A site that isn’t often dived on Scuba and is only situated a short distance North East of Manta Bommie. Again a decision made easier by conspicuous absence of other dive boats at the site.

Once in the water there was a little more current here which seemed to be getting split around the structure on either side, creating ideal conditions for a grouping of convergent marine life, with schooling Eagle Rays and an out of season visit from a juvenile male Grey Nurse Shark.

A satisfying weekend in the water with nothing to mar the near perfect conditions bar a rosy cheeks on the way home due to a less than fastidious approach to sun protection!